On December 7, 2017, a 21-year-old white male posing as a student entered Aztec High School in rural New Mexico and began firing a handgun, killing two students before taking his own life.At the time, the news of the shooting went largely ignored, but the online activity of the alleged killer, William Edward Atchison, bore all the hallmarks of the “alt-right” — the now infamous subculture and political movement consisting of vicious trolls, racist activists, and bitter misogynists.

President Trump is defending Rob Porter even though, privately, he says he’s guilty.

Behind closed doors: The president has told multiple people that he believes the accusations about Porter, and finds him “sick.”

Four sources who have spoken directly with Trump tell me his private comments about ex-aide Porter — whose two ex-wives accused of violent attacks — have been brutal.

But his public comments don’t reflect that, at all.

This is the strongest indicator yet that Trump will reflexively defend his male allies from any and all accusations, even when he thinks those accusations are true.
Trump tells friends that he deplores the #MeToo movement and believes it unfairly exposes CEOs to lawsuits from their female employees. The fact that women frequently face sexual predation in the workplace doesn’t impact his view on this. 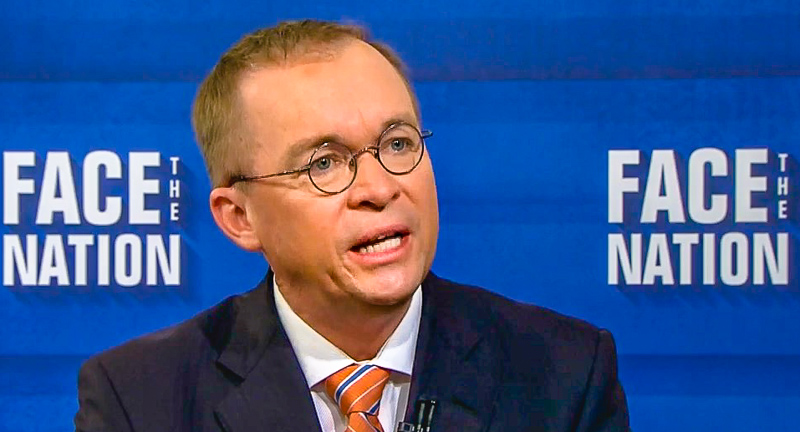 Of course it is. These are some really disgusting people:

White House Budget Chief Mick Mulvaney on Sunday argued that it was “normal and reasonable” for the White House to defend a staffer who had been accused of spousal abuse.