The people will not allow fascism to prevail. We will #resist everywhere. To remain silent means your demise. That is the lesson of history. Let’s support the fight to liberate the 99 percent and in that process save our planet:

Nearly a year after Extinction Rebellion launched in London, the global movement that uses nonviolent civil disobedience to demand ambitious climate action kicked off two weeks of protests on Monday with demonstrations around the world that blocked major roadways and led to arrests.

“Starting on October 7th, for 2 weeks, Extinction Rebellion is calling an International Rebellion. Together, we will peacefully occupy the centers of power and shut them down until governments act on the climate and ecological emergency,” the XR movement says on its website. “Leave your desk. Invite your boss. Walk out of school. Switch off the TV. Put down your phone. Get on the streets. And bring everybody.” 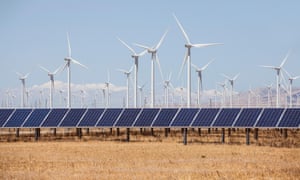 The authors analyzed 36 years of hourly weather data (1980–2015) in the US. They calculated the available wind and solar power over this time period and also included the electrical demand in the US and its variation throughout the year.

With this information, the researchers considered two scenarios. In scenario 1, they imagined wind and solar installations that would be sufficient to supply 100% of the US electrical needs. In the second scenario, the installations would be over-designed; capable of providing 150% of the total U.S. electrical need. But the authors recognize that just because a solar panel or a wind turbine can provide all our energy, it doesn’t mean that will happen in reality. It goes back to the prior discussion that sometimes the wind just doesn’t blow, and sometimes the sun isn’t shining.

Source: Study: wind and solar can power most of the United States | John Abraham | Environment | The Guardian 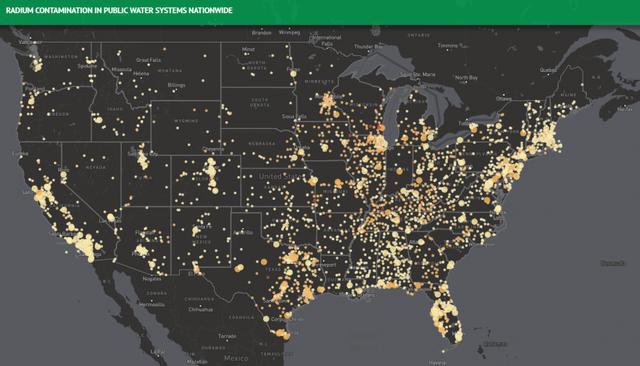 Are we confident the government is doing something about this? I’m not. Just look at Flint. Our food and water is endangered. And now we have a madman in the White House. We need to take this seriously:

According to a new bombshell report from the Environmental Working Group (EWG), tap water for more than 170 million Americans contains radioactive elements that may increase the risk of cancer. The group examined 50,000 public water systems throughout the United States and found from 2010 to 2015, more than 22,000 water utilities reported radium in treated water.