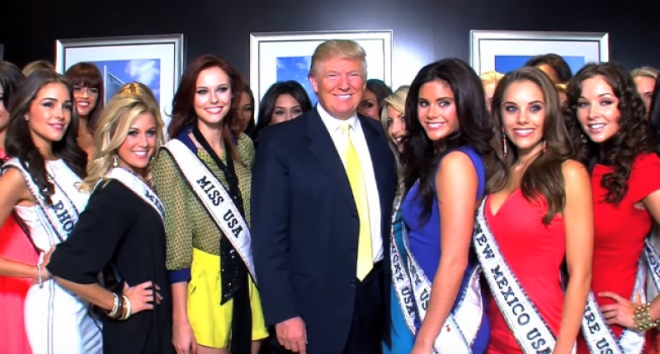 A new report from the New Yorker’s Jeffrey Toobin alleges that President Donald Trump used to regularly rig Miss Universe pageants to favor women who hailed from countries where he had business interests.

Former contestants at the Miss Universe pageant told Toobin that Trump would regularly talk with them about business deals that he did in their countries — and that women whose countries were doing business with Trump would routinely get selected as finalists, sometimes overruling the decisions that were made by pageant judges.

We need a political revolution that will restore government to We The People. View all posts by John Rivera